Discover Emilia-Romagna in Week 3 of Taste of Italy Month: Lamb Ragu with Ricotta and Mint October 14, 2014 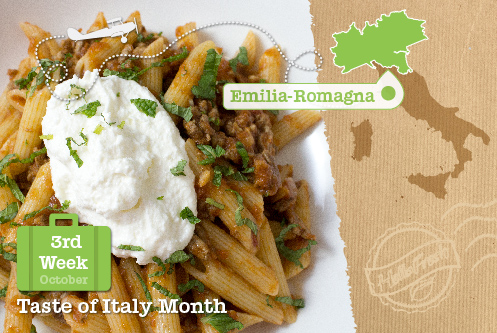 Emilia-Romagna is a region in Italy that is especially known for it’s food culture (though, let’s be honest, the food in every region seems to meet this criterion in our book!). Being in the North, you can imagine they came up with lots of warming soups and stews for the cool winters and chills from the Alps. You won’t be disappointed by this delicious dish, topped with creamy Ricotta cheese, and refreshing Mint!

Ragu, a meat-based sauce commonly served with pasta, was influenced by French “ragouts” introduced to the region when it was occupied by Napoleon in 1796. Before that time, meat stews were prevalent in Northern Italy but were neither called “ragu” nor traditionally paired with pasta. Thank goodness the Italians then brought this over to America!

So, we know most of you have had enough Spaghetti Bolognese to last you a lifetime, but, traditionally, in Italy meat sauces are served over shaped pastas – hence our use of Penne in this dish. The ridges and tubes maximize the amount of sauce that can be captured, delivery a balance of textures and flavors in each bite! YUM! Join us on Week 3 of Taste of Italy Month: Grilled Swordfish with Pepperonata and Garlicky Cannellini Beans

Meet our Friends at Murray's Chicken 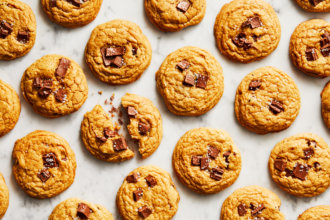 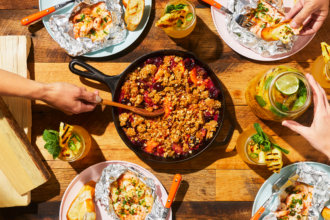