Remember when people couldn’t even pronounce quinoa, not to mention cook with it? Yea, us too. But nowadays, gluten-free grains are popping up everywhere, and it’s easy to see why. Gluten-free grains deserve a prime spot in your pantry regardless of whether you steer clear of gluten entirely, chow down on it like it’s a major food group, or fall somewhere in between. They’re nutritionally dense, surprisingly simple to prepare, and oh-so-versatile. Searching for a side dish? You’re in luck. Something to add in soup? Done. An ingenious way to bulk up salads (or should we say bowls, which are all the rage these days)? Absolutely.

So if you’re still on the hunt for a healthy New Year’s resolution or just feeling inspired to try something new, look no further. 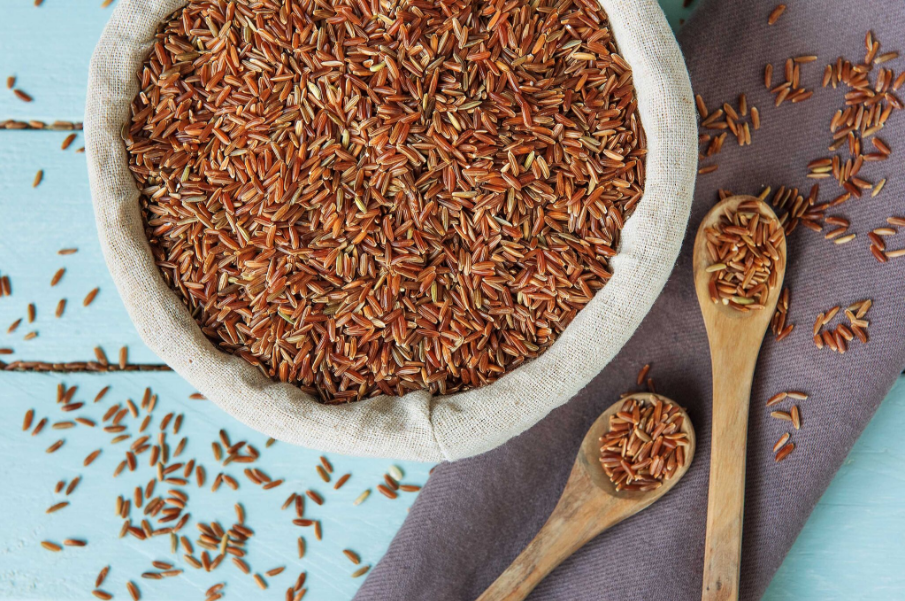 Take the entire rice grain, remove only the inedible outer husk, and what you’re left with is light tan, high-fiber brown rice. Because the bran coating is still intact, brown rice has a shelf life of only about six months, so hurry up and get cooking!

How to cook it: Combine 1 cup medium or long-grain brown rice with 2 cups water and a pinch of salt. Bring to a boil, cover, reduce heat, and simmer without stirring until most of the water is absorbed and grains are tender, about 45 minutes. (Yields 3 cups cooked brown rice.)

Expert tip: Once all the water is absorbed, remove rice from heat and let sit, covered, for about 10 minutes. Allowing the grains a bit of extra time to rest will ensure a light and fluffy result. This long-grain marsh grass is native to the northern Great Lakes region and extensively cultivated in Minnesota and California. In other words, it’s not actually a rice at all. Deceiving, right?

How to cook it: Combine 1 cup wild rice with 3 cups water and a pinch of salt. Bring to a boil, cover, reduce heat, and simmer without stirring until water is absorbed, about 1 hour. (Yields 3 1/2 cups cooked wild rice.)

Expert tip: Since wild rice takes a good amount of time to cook, make a big batch on the weekend and freeze the rest for later use. This complete protein is botanically related to Swiss chard, spinach, and beets. Hailed as a “supergrain,” quinoa contains all eight essential amino acids and more protein than any other grain, which may explain why the ancient Incas began cultivating it 5,000 years ago. They were definitely onto something.

How to cook it: Combine 1 cup quinoa with 2 cups water and a pinch of salt. Bring to a boil, cover, reduce heat, and simmer without stirring until water is absorbed and grains have sprouted, about 15 minutes. (Yields 3 cups cooked quinoa.)

Expert tip: Be sure to rinse quinoa in a mesh strainer before cooking. Doing so will remove the grain’s outer coating for a slightly less bitter result.

Unlike cereal grains, buckwheat is a fruit seed similar to rhubarb or sorrel. It’s native to Russia and can be found in the form in groats (hulled, crushed kernels) and flour.

How to cook it: Combine 1 cup buckwheat groats with 2 cups water and a pinch of salt. Bring to a boil, cover, reduce heat, and simmer without stirring until water is absorbed, about 12 minutes. (Yields 3 1/2 cups cooked buckwheat.)

Expert tip: To amp up the flavor of your groats, buy the unroasted variety and toast in a wok or thin pan over high heat before cooking. This cereal grain is touted as the breakfast of champions, and we’d have to agree. Whether steel-cut, rolled, or quick-cooking, oats help stabilize blood sugar and keep you satisfied alllllll the way through to lunchtime.

How to cook it: Combine 1 cup oats with 2 cups water and a pinch of salt. Bring to a boil, cover, reduce heat, and simmer without stirring until water is absorbed, 12-15 minutes. (Yields 2 1/2 cups cooked oats.)

Expert tip: Although oats don’t naturally contain gluten, they’re often grown on the same land as grains that do (think wheat, rye, and barley). So if you do suffer from celiac, it’s important to choose varieties that are certified gluten-free.

Cornmeal, polenta, grits… call it what you want, but the important thing is that dried and ground corn kernels couldn’t be easier to cook. Trust us on this one.

How to cook it: Bring 4 cups salted water to a boil. Slowly whisk in 1 cup polenta until thickened. Reduce heat to low, cover, and cook until tender, about 15-20 minutes, stirring often. (Yields 4 cups cooked polenta.)

Expert tip: Once the polenta is thick and smooth, fold in some butter or olive oil for a boost of creaminess and unparalleled flavor.

Looking for more recipes to kick off 2017? Check out these seven chicken recipes that are anything BUT boring. What is Your Food Horoscope? 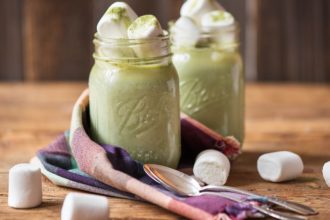 How to Grow Your Own Herbs Indoors Peppers: Everything You Ever Wanted to Know